As seen on TV! (Using movies and tropes in worldbuilding) 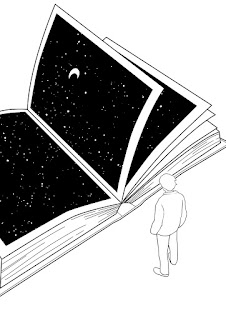 I'm not gonna delve too much into the whys and what the hells, but I started working on a new high fantasy horror campaign setting for upcoming games. Not to boast or anything, but I sometimes pride myself on creating coherent, cohesive, and believable worlds. I try to create worlds that, within the ruleset of their existence make sense, are plausible, and thrive on their uniqueness.

To fulfill the needs of this setting, however, I didn't want to go all out into these aspects. Sure, cohesiveness is super important to me, but in this world, it's just gonna have to take the backseat!

As part of this process, I wanted to give my five readers a glimpse into the creative process of the realms of my new setting.

I'm basing each of my realms on one or more horror movies, or on several tropes used in horror movies. Trust me, I have no intention of going down the copyright-infringement-slash-plagiarizing route! These movies are just ... inspiration, one might say!

Let's see how it works!

Note: I use the term "Realm" because it's what I work on but you can use these tips for worlds, countries, factions, cities, areas, etc.

Got a source? IT'S BREAK TIME!

When creating a realm for this project, I start by picking one or more movies, books, TV show episodes, etc. as a source. Of course, I pick something I know so I don't just talk out of my ass.

Then, I want to summarize it in one or two sentences that denote the most striking or important elements.

The Grudge is a movie about a curse occurring when a person's death comes suddenly and violently, caused by rage. It lingers and afflicts those who come in contact with it and curses them to a violent death themselves, repeating the cycle, over and over.

A trope, as defined by the Merriam-Webster dictionary is a "a common or overused theme or device" so ... y'know, a cliché. Some would argue that tropes are old and overused and should be avoided at all costs, but, I don't know ... I don't agree.

Using them smartly and sparingly, and subverting them whenever possible, makes them super useful tools. TvTropes is a great resource for this, and I look up the page for whatever I'm digging into.

Gotta go from this big TO THAT FUCKING HUMONGOUS!

You now have a bunch of very specific concepts that you think you can use. But some of them are really REALLY specific. You'll need to expand them to the scale you want to reach. If you want to create a city, sure one building could be haunted.
But for aa whole realm, you'll need to put a lot more thought into it. Even if you don't want to massively scale it, there are other things you need to consider. A movie follows the story of a handful of individuals who are faced with a challenging and abnormal situation (for them).
If you're gonna use the same tropes for worldbuilding, you'll need to think about persistency. How does these tropes and concepts exist in the long run? Affecting a whole many lot of people? How do those concepts and challenges affect a society, its culture, people, geography even?
Grudgy example:

We've got the idea of a curse that creates killer vengeful spirits when someone dies in a violent manner. We know that once the curse starts, it spreads like a virus. How do we scale this to the level of a whole country or society? Here are a few questions I'd ask:

For my realm, here's how I would scale the concepts and ideas:

Of course, these are just examples! I could go in a totally different direction if, let's say, f I decided that only one such spirit exists and it's viewed as a god by the entirety of its realm, people freely sacrificing themselves to appease its anger!
There are many ways a society can shape itself around its problems: fighting it, blaming it on religion, creating a whole new mythos around it, turning against one another, ... If you're going to use this kind of techniques, it's probably a good idea to vary those teams so that each of your realms (or whatever) feel unique in the limits of their worlds.
Varying the responses and the themes help you shape distinct societies and borrow from existing examples while constructing a strong foundation that is in itself unique.

It's about damn time! 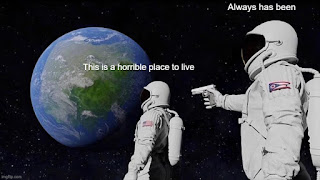 With a general idea of what your society's foundation is, you now gotta grow it. You may decide that the general situation changed only very recently and people have not yet figured out how to handle it. Or that it's been like that since time immemorial. Regardless, there are always a bunch of questions you want to try to answer! Here are a few:
If you're building your whole society around this event and that it's something that's part of not-so-recent history, you'll need to figure out a timeline to set the most important events down. If your society started facing this challenge a hundred years ago, it's definitely not the same thing as if things started to change thousands of years ago. Even an imprecise timeline will seriously help you figure this out.
Grudgy example (few key events):
You should now have a better sense of the societies you're looking to build and the important factions' history. Pieces like these are crucial: once you have them, you can let them fall and start building your geopolitical landscape, your geography, and your cultures. 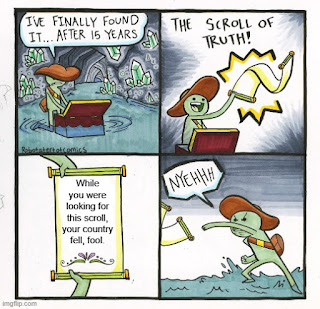 Because you know who the people are, you can start spreading them across the land: perhaps those who strive for peace live deep in a forest known for their calming aura; and those who have cults could hold live in the most fortified city, or be travelers, or have shrines in every settlements.
Although I won't go over this right now, truth be told, this is a pretty good time to start thinking about a map, no matter how basic it would be. 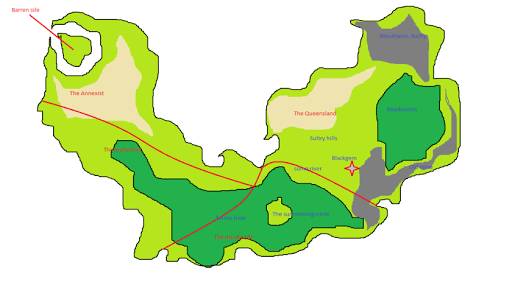 What if I threw some "What ifs" at you?

By now, you should probably be ways away from the original material you selected. Sure, it takes a whole lot of extrapolation work, and a certain amount of back and forth. But by now, your realm should feel like it's uniquely yours. If you don't feel like it's "yours enough" just yet, it may be time to throw some "What ifs" at the problem.
In the timeline, I used this technique, but to put it bluntly: it's time to mess up your work. Start thinking of situations, events, or people that would change the status quo in the realm you're creating. This could be the rise of a new hero (or a party if so you swing), an earthquake, a plague, a god descending on the world, the creation of a new technology, the apparition of a new race, ... you name it (as long as you're willing to deal with it!)

Once you figure out an event, start considering how society and people would react to it, how it would reshape their vision of the world and how they would change the path they're on. Would they try to return to how things were before? Or try to move forward? Realize that their status quo was actually really messed up to begin with or will they just keep on moving on with their life. Will everyone react the same, come together on an agreement, or will wars be waged over this change?
Grudgy example:

Unless you decide that the whole world is dealing with the same problems, or that you want to base the entirety of your world on a single inspiration, you'll eventually want to consider how the rest of the rest of the world interacts with your newly-created area. 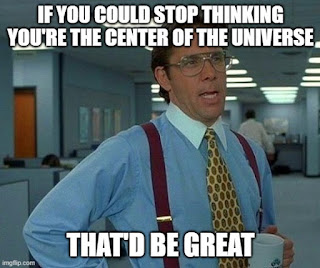 Sure, "not intervening" might appear to be the simplest option but in my experience it rarely is the best one. Even the most recluse of areas will eventually become known, or have an impact on other regions or geopolitcal entities.
Frontiers are basically made-up, and it's likely that they are not 100% clear between your new country and its neighbor. Here are a few things you might want to consider when thinking about how this area fits into the rest of the world:
This article has dragged long enough so I'm not gonna explain how this would apply to the grudgy example, but maybe you can figure it out on your own!
Guess it's your turn to try it out! What would be the weirdest movie you'd try to base a realm on? Let me know in the comments or whatever!
Labels: Tabletop Worldbuilding