Skills & Powers: From the table to the office

Let’s talk “life skills” for a little bit, shall we!?
Have you ever had a gym teacher trying to upsell their job and activities saying stuff like “It’ll teach you skills that’ll last you a lifetime!” or shit like that? And I’m not saying they were … wrong? A lot of productive members of society seem agree: writing ‘I was part of x sports team in high school’ on your résumé might rake you a few points.
But say, like me, you’re a nerd. A fucking nerd, who spent a bunch of time in your parents’ basement playing Dungeon & Dragons with your HUGE NERD FRIENDS. Should you write that on your résumé?
My thoughts? “Yes, yes you should write it.” It's an extracurricular activity that can teach you a ton of great life lessons and skills that you may use for a long, long time.
In the past, my jobs included retail, QA testing, team lead, teacher’s assistant, librarian, … and for most, if not all, my jobs, I could use skills from this list.
So, without further ado, I present you, in no particular order, 10 important things tabletop RPGs taught me!

That a box you’re thinking in?

Starting off with the biggest cliché around! I just want to get it out of the way.
Seriously though, think about it for a second. In tabletop RPGs, for GMs and players alike, there’s never a single given path or solution to a problem. I mean, it could happen, but that would generally be a poor design choice, and no one likes that amount of railroading.
Playing a metric butt-ton of tabletop taught me that for each situation, there’s far more than one obvious resolution. And that sometimes, it’s most definitely worth the hassle of scratching past the surface of the problem to come up with creative solutions. I'll get back to how this affect conflict resolution later, but to achieve a goal, there's definitely more than one way and while sometimes "The most obvious solution is the best" at other times, it's definitely worth thinking outside that age-old box.

Everyone has strengths, everyone has weaknesses. It’s real fucking hard to succeed in a party of one. Truth is, a single character would not last very long in any campaign because challenges often require more than one person to overcome. I mean, unless the campaign is made for a solo player, but life is not that kind of campaign!
Learn what your strengths are, surround yourself with people who can benefit from them, who have strengths that can offset your weakness.
At work like in a party, challenges and victories alike are rarely individual: many people are working together toward a single goal. Sure, reducing absenteeism in the classroom may not sound as exciting as taking down a red dragon, but it’s just as much a challenge, isn’t it?

Exceptionally true for presentations both at work and in school, being prepared and knowing your material gives you a higher chance of not sounding like a total idiot. Double truth in D&D where if you’re not prepared, not only will you struggle to display coherent ideas, you might not know how to respond to questions and end up making really stupid decisions.
Sure, your players may be forgiving (mine sure are), but your boss will certainly appreciate that you spent time learning about the subject matter and preparing for your meetings.

No amount of preparation trumps confidence 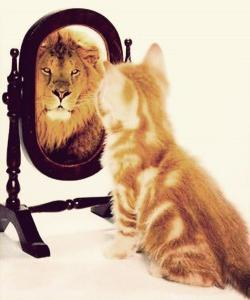 This is a pretty bold statement that hedges on the “fake it till you make it” territory.
It shows in the way you share and project, in how well you manage to show your stuff and wow the gallery (get your mind out of the gutter!)
What I mean is, some DM will fib the shit out of a game: they’ll have 4 lines and 2 encounters prepared and will take their players on the ride of their life. It comes down to improvisation skills and confidence. As soon as you start showing that you don’t know what you’re doing, your act may come apart.
I guess in the end, you should strive for a balance between preparation and confidence. They’re tough skills to acquire, but trust you me, DMing helps -- A LOT.

Next availability: 15th of Never

Anyone who’s played any tabletop in their life knows this: scheduling’s a bitch. It’s like … players don’t mean it but they really can only meet when the stars align. This gives any DM a whole set of skills related to organizing events and teams.
To be fair, it can go far beyond just the plain, finding-a-date, type of organisation. In some groups, this means acting as a communication center, meal planner, human resource specialist … I’ve been blessed with some mostly self-sufficient groups, but it’s not always been the case. Trust you me, these skills still follow me to this day and will forever follow me.

A room and its moods

One of the most important skills when GMing, is reading the room: knowing who's bored, who’s paying attention, when a new scene should start, or when one overstayed its welcome, when a player’s feeling uncomfortable or disconnected. Sometimes, it's super obvious, but at other times it’s a lot more subtle, and catching these hints really helps anyone be a better game master.
Guess what though? Your peers might get bored, or need a different approach to better understand what’s expected or what’s going on. Unless you’re in charge, it might be difficult to make substantial changes to how your team works, but still it can change how you approach your coworkers. 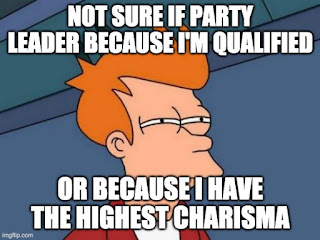 Ok, so, I guess this totally depends on your personality: not everyone will grab the reins in a game. And not everyone will in the workplace or in school or anything. But, how can I say this …? A game, and a party, surrounded mostly with friends, is a GREAT place to practice your leadership skills. After all, if you make a mistake in the game, chances are you won’t lose your job (that’d have to be one hell of a blunder!), or your friends for that matter …
Because in tabletop games every character in the party has a different skill set, different characters can lead in different situations. That means you don’t HAVE to be an authority in public speaking to practice leadership: if you’re a mage, super knowledgeable about creatures from other worlds and your party is researching the presence of proteans on your plane, that’s your time to shine, baby!
Soooo … how does that translate in “life skills”? Become an authority in fields, specific or otherwise, and don’t be afraid to speak up when you know you’re right.

You may think you’re a pretty awesome player or GM: you know the rules, you know your characters, you can bounce ideas off the GM or other players, you basically know your shit. While these cooperative games are not actually about who’s the better player, or at least they shouldn’t be, no matter how good you’re doing, you might find other players or GMs that are just better.
By watching what they’re doing, how they’re doing it, and mimicking it, you can up your own game. I think I’m an acceptable GM, but I’ve come across some that really made me question myself. But rather than wallow in the fear of being not good enough, I usually try to frame it as an opportunity to see what they do better than I do, and how I can improve from watching their styles.
Guess what? Learning from others, it’s something that’s necessary in the workplace. Even when you’re done studying, you can always improve. And by finding others who are better than you at some things, you’ll learn, grow, and adapt.
And y'know what? You may unknowingly be someone’s inspiration to change and improve. How cool is that?

Tabletop RPGs are not usually like MMORPGs: quests have multiple goals, outcomes, and setbacks. You might get some fetch quest now and again but it’s not what I’m talking about here.
Taking on these quests, accepting that failure is sometimes part of it, managing how your party can disagree on the best way to achieve your quest … Guess what! Work’s like that too: your team might disagree on the best way to proceed, but keeping the goal in mind, you compromise, navigate the different paths, handle the setbacks …
Splitting a goal in various little tasks, or steps of a quest, can be a great motivation for some people. Completing tasks gives a sense of progress toward a bigger goal, and for that, it’s super motivating. 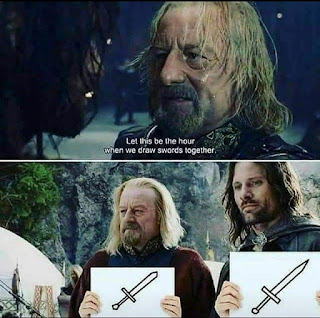 Ok, first of all, I sure fucking hope you don’t resolve all conflicts in your life with weapons!
In D&D, we can pretty trigger happy when it comes to resolving conflicts. The longer you play, however, the more you realize that not all conflicts can or should be resolved by violence, by yelling or by getting angry: talking can solve a lot of things in tabletop RPGs. Like … A LOT.
Of course, this depends on your DM: some will just make you battle hoards of monsters, and that’s alright too, but in most of the games I’ve played, there are other ways to resolve conflicts. Knowing when it’s opportune to find different resolutions to the conflicts in your life is a great skill you’ll surely use. I haven’t heard of a single work place with no conflict yet!
Well that’s all for me! Have you acquired any other life skills that you’re using outside of your table? Let me know :D
Labels: Tabletop