Of gaming and social life, or how we ended up with 16 Reapers in our backyard

Alright, kids! Today we're gonna be talking about the social aspects of video games! Please bear with me, this intro might get on the long-ish side.

I get that video games are not a peeeerfect form of entertainment, but I still can't believe the bad rap they still get. People are still debating whether video game cause violence or not, as a society, we're still heavily questioning the relationship between gaming and depression. While those are sometimes valid (sometimes less so) concerns, one preconceived idea that remains is that gamers are isolated, sad individuals.

Now, that's something I find interesting. 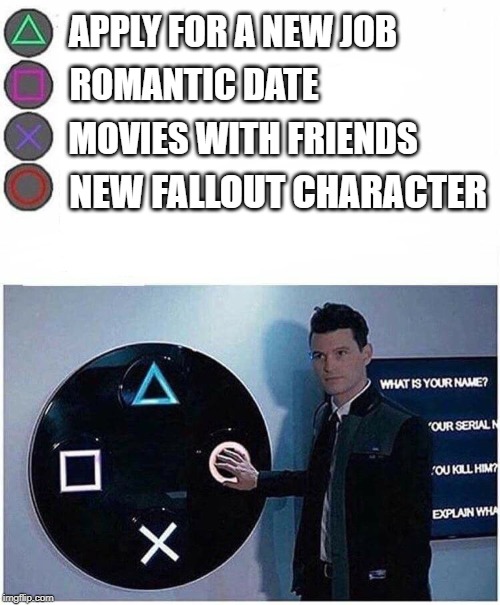 Do you know any gamers? Ok, who the fuck am I kidding?! You ended up here, you MUST know gamers! Still, let's pretend for a sec that you don't.

You're now a grandma called Bernice, your grand-kids never call, you feel lonely. You've been a stay-at-home mom for years, then worked odd jobs until you retired. Your TV is from 1982 and you still think everyone should have a landline because "those pesky weefee signals are dangerous." So tell me, Bernice: Do YOU know any gamers?

Truth be told, the answer is most likely still "yes." Video games, as a form of entertainment and as an industry, have known a major shift during the last decade. Today, video games are fairly common among people from all walks of life and age.

I may not be, y'know, an expert, but surely not ALL GAMERS are those lonesome nerds we still picture. Yet, rumours that video games cause isolation (and poorly socially skilled adults) persist. It's one of those video game myths that many are debunking.

Alright, so intro done, facts are out: everybody games (on their phone, on PC, whatever ...)! Onto my thoughts. Let's dig in!

There are many (many many many) multiplayer games out there, and their popularity does not decrease over time. First, there are the multiplayer-only games like MMORPGs (World of Warcraft, FFXIV, RuneScape), MOBAs (League of Legends, Dota, Smite), Battle Royale (Fortnite, Apex Legends).

It's hard to deny that there's a social aspect to games that are inherently meant to be played with others. Ok! Sometimes, it's more like ... against ... others? But even then, beating each other up in a game is a social activity.

I won't lie, I seriously prefer single player games, I really do. I like going at my own pace, focusing on my own skills, not dragging others down (because let's be honest, I'm not exactly top-tier material these days), and just not having to put up with other people's bullshit. But the fact that I-ME-AS-A-PERSON prefer single player games, doesn't mean that gaming is not social for me.

I'm sure I can't be the only fool who prefers a good ol' single player game. I'm unsurprisingly partial to RPGs, but there are plenty of action, platformer, shooter games that are exclusively single player. As much as I love to play Persona, it would be SUPER weird with friends like: "Hey bud, which chick should we hit on?" Like ... no, just no.

I don't know for sure whether single or multiplayer currently are more popular (mostly that I have no idea about phone games), BUT what I DO know is that even super singleplayer (like incel-level single) have a community. Don't believe me? Google pretty much anything about any game: you'll find forum posts, reviews, Q&As, dareIsay mods, FAQs, walkthroughs, streams, videos ... like a TON of things!

And you guessed it, that means ... community! You'll always find someone who likes the same fucking weird games you do, even if you're ashamed of admitting it. People you can exchange ideas with, share, and just ... you know, connect with over something that you both enjoy.

Of course, it's not always positive: there are always some negative people and trolls who are gonna be there just to piss you off, but that's part of any and every type of community. It sucks, I know, but that also is what it is to be part of a community. 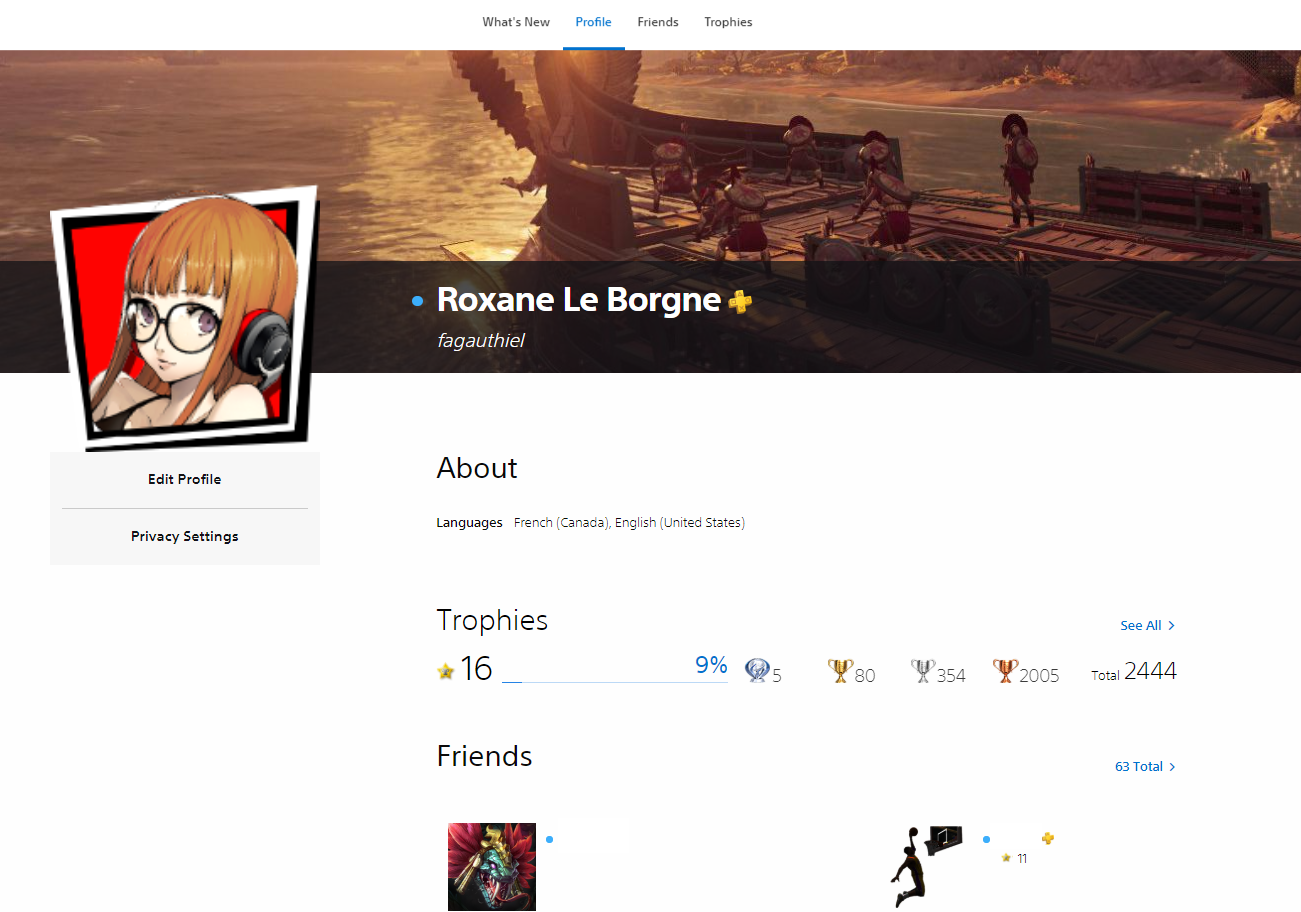 Let’s say you have friends who play games, but for whatever reasons you never get to play together (could be scheduling issues, not liking the same games, just not really caring for multiplayer stuff …). Just because you don't play with your friends, are you really isolated? Most current platforms offer some kind of connection to your friends as you're playing: friends list, achievements, trophies, newsfeed, chat and messages, etc.

I may a teensy tiny bit of a stalker, but I just enjoy knowing what my friends are playing. Not because I want to compare our trophy scores, but if I do decide to hit them up for a little chat: I may have more talking points. It helps me keep tab on them, and if they play something that I was thinking of playing, or something I've played and had an opinion about, well, we can talk about that! SOCIAL MUCH?

Got time for a slice of life or two?

It's no secret that my girlfriend and I have been managing our Final Fantasy XIV Free Company, the Crimson Reapers together for over five years. You'd be surprised the amount of real-life social drama incurred from this endeavour. Geez, I'm almost afraid to admit it, but let's go over a few things that happened:


First, let's talk about one of the founding members of our FC. Hilda joined before even I did. We ran so many dungeons with her and her boyfriend. Like ... so-fucking-many. We had private jokes, we asked about each other's day, we were basically ... friends.

Truth is, though, that Hilda was sick. She had cancer. I remember her calling me from the US while she was in the hospital to renew her sub and log her in so she could keep her house a little longer. When she passed away, Meiir, Ada, myself, and a whole lot of members in the FC cried real tears. And when Facebook reminds me it would be her birthday, it's a virtual kick in the heart. Very real feelings, for very real people.

About a month after she passed away, we built a memorial in our FC house and held a vigil. About 25 people showed up to share stories, memories, good words, and grief. The whole thing was recorded and we sent it out to her family.

It was FFXIV that brought us together, but we were friends beyond.

It's become sort of a tradition for us: every summer, we now host a BBQ with members of our FC who have become friends. It's no secret, I'm French Canadian. When the Crimson Reapers started we already had a few members who were from Quebec.

As time passed though, more and more of us joined, to a point it became a running gag. Some joined because they were friends of members, others joined because they'd had heard of us, and frankly quite a few joined just like any others did: random recruiting!

It felt like a strange twist of fate, but some three years ago we just thought "What the hell! We should all meet up!" So we organized a BBQ at our place, and much to our surprise we ended up with 16 attendees. 16 little Reapers in our backyard! Most of which we had never met IRL, friends of friends or just real-deal strangers that had fallen onto our laps. And here we were sharing drinks, stories and games as though we'd been friends for years.

Seriously, it was surreal. Surreal but also super real. All along I was wondering how we ended up getting to this point, and would we do things differently, would we ever play this game as if other players were the NPCs to our own story ... and the obvious answer was "No". In that moment, just like in so many more moments, there was no distinction between "real" friends and "online" friends.

Friends are friends, and we should cherish them.